Founder and First President of the International Organization New Acropolis.

The many facets of Jorge Angel Livraga Rizzi can be seen reflected in his life’s work: The International Organisation New Acropolis, which is present today in over 60 countries. 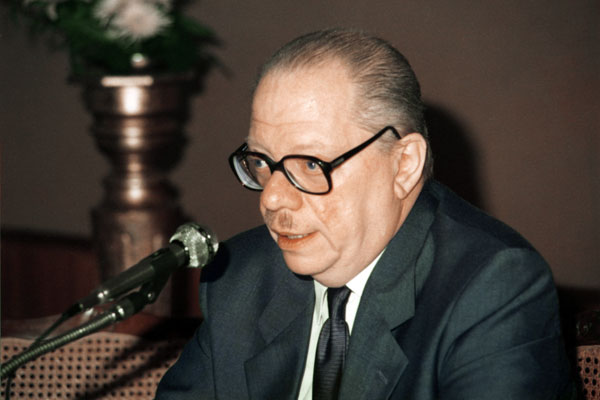 His approach consisted in proposing a revival of the idea of a School of Philosophy in the classical tradition and reintroducing the Socratic method as the human being’s search for wisdom and knowledge. In antiquity, these schools – such as Plato’s Academy, Aristotle’s Lyceum or the Neoplatonic School of Alexandria – helped to inject new vitality and to give a new direction to the societies of their times. This need for renewal re-emerged in the middle of the 20th century, with deep roots in the classical tradition and a forward-looking vision towards the 3rd millennium.

Professor Livraga’s vocation for teaching and his pioneering spirit as a philosopher of the future led him to develop many of the aspects of the programme of studies of the School of Philosophy, while at the same time continuing with his own research into the comparative study of religions and the different lines of philosophical, socio-cultural, scientific and artistic thought and development.

The main key to this philosophy as a way of life is to be found in the concept of “renaissance” or “rebirth”, starting with the “inner renaissance of the human being”, as he put it – a human being who is in continual evolution, who asks himself questions about what he sees, what he feels and what he experiences, who reflects and searches for answers.

The goal of making the philosophy of all times – humanity’s legacy of wisdom – accessible to all is the driving force behind the Schools of Philosophy “in the classical tradition” promoted by Prof. Livraga, which are inspired not only by a love of learning, but also by a sense of commitment to society and the present, and a forward-looking vision. In this sense, he was undeniably a pioneer of the 21st century. 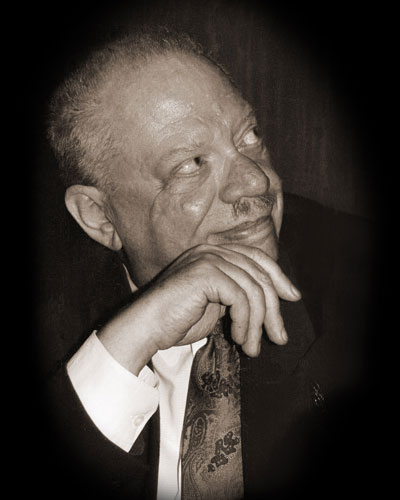 Deeply aware of the need for a new eclectic humanism capable of bringing together the great philosophical teachings of East and West, he developed a teaching methodology specially designed for young people, to enable them to discover in those teachings the major keys to the meaning of existence and the destiny of humanity, as well as learning how to respond to change in an active way.

Understanding culture – the shared roots of all peoples and civilisations – helps to neutralise the threats of materialism and dogmatic irrationality that separate human beings and bring them into conflict with one another.

The Socratic methodology of the School of Philosophy is applied in culture through the practice of dialogue on all levels – between arts, sciences, religions, between human beings and the different cultures and nations that underpin their existence.

Professor Livraga spent his life promoting fraternity amongst individuals and nations, combating the material and moral poverty of his contemporaries and defending the liberty of conscience and expression wherever they were threatened or restricted.

Philosophy, when it is put into practice, requires human beings to make a commitment to their times and to the society to which they belong. As the founder of New Acropolis often used to say, we can all do something to make the world a better place. When there is a lot of confusion and passivity in the world, the most valuable, lasting and necessary kind of commitment is that which arises from the freedom of each individual. 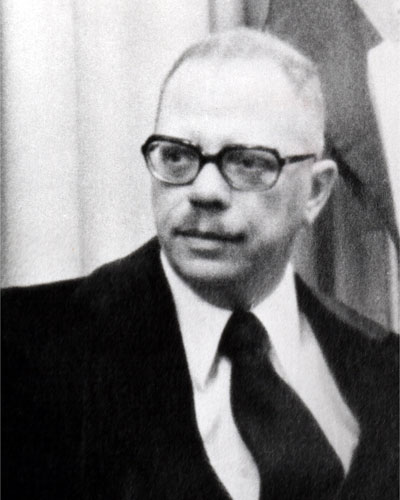 Professor Jorge Ángel Livraga Rizzi was born in 1930 in Buenos Aires to a family of Italian origin, and obtained Italian nationality in 1975.

He studied Medicine, specialising in the Medicine of Ancient India, through the Adyar Section of the Theosophical Society in India.

He also obtained a Bachelor’s degree in History of Art and Philosophy from the University of Buenos Aires.

At the same time, he received instruction from C. Jinarajadasa and N. Sri Ram, both of whom were presidents of the Worldwide Theosophical Society.

In 1957 he founded the School of Philosophy “in the classical tradition” which later became incorporated under the name of International Organisation New Acropolis.

He devoted the rest of his life to promoting this “spiritual adventure”, building it up through a major effort of teaching and research, and establishing centres, first in Europe and America, and later, from 1977, in Eastern Europe, Asia, Africa and Oceania. 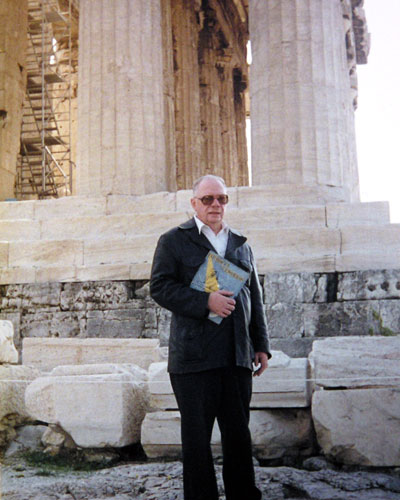 In recognition of his work he was awarded the Cross of Paris in Arts, Sciences and Literature in 1976 and admitted to membership of the Burckhardt Academy, amongst other distinctions. In 1951 he won the First National Poetry Prize in Argentina.
Jorge Ángel Livraga dedicated his life to the service of the humanistic ideal which inspires and animates us, and on his death, he left all his property to our Institution: the house where he was born and his personal collection of objets d’art for the creation of a private collection.

He published studies on ancient cultures and civilisations, novels, philosophical essays and reflections on the modern world, as well as numerous articles.

One of the guiding principles of the works of Jorge Ángel Livraga was to make knowledge and philosophy available to the widest possible audience. Consequently, a considerable part of his intellectual output consists of a compilation of his classes and lectures, given on a wide variety of subjects, though always with a unifying thread: the need to awaken the individual consciousness in every human being. 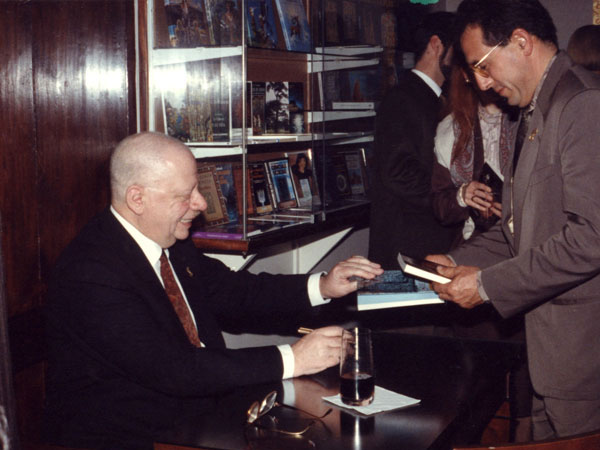 “Ankor, the Last Prince of Atlantis”. A novel evoking the period just before the sinking of Poseidonis, the last vestige of Atlantis, according to Plato.

“The Alchemist”. A historical novel, following in the footsteps of Giordano Bruno.

“The Mystery Theatre in Greece: Tragedy”. An essay on the mystical roots of Theatre in Classical Greece and its cathartic function.

“The Elemental Spirits of Nature”. A synthesis of traditional knowledge on the invisible world.

“Thebes”. A historical and philosophical essay on ancient Egypt.

“Magic, Religion and Science for the Third Millennium”. 6 Volumes. Professor Livraga’s reflections on a wide range of subjects and proposed solutions based on practical philosophy.