Home  |  About Us  |  International President 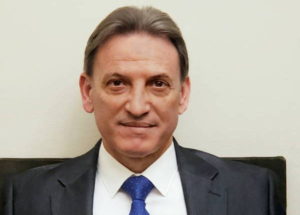 Carlos Adelantado was born in Castellón (Spain) on January 1, 1964.

At the age of 19, while studying philosophy at university, he began attending classes at the New Acropolis School of Philosophy in Castellón and supporting its many activities. He was later appointed director of the school where, over a period of 23 years, he developed a number of cultural and social volunteering projects under the umbrella of the Castalia Cultural Centre. He was also the coordinator of the various New Acropolis centres in the Levante area of Spain. At the same time, he continued to study and teach philosophy and was awarded the degree of “Specialist in Eastern and Western Philosophy” by the International Organization New Acropolis based in Brussels.

He has been teaching different subjects in the curriculum of the New Acropolis School of Philosophy for more than 30 years, as well as giving lectures and participating in academic conferences. His approach has always emphasized the need to put philosophy into practice and apply it in addressing the problems of today’s world.

In 2013 he moved to Madrid to take over the management of the head office of New Acropolis in Spain and carry out a number of management responsibilities at a national level. In Madrid, he has promoted activities to make the rich historical and artistic heritage of the city known to a wider public, along with other projects for the promotion of culture.